#260 Some have said my idea for today was crazy! Before I went ahead with it, I could not understand why they would think that…now I perhaps see where they were coming from! I decided to walk from Cuddesdon into Oxford. It looked like it would be about five and a half miles but that was by road. My friend decided to come along because she was worried about me, so we both thought the scenic route was the best…not realising that it was significantly longer that way! By six and a half miles with our goal nowhere in sight we hobbled into the bus, only next summoning up energy to run when we saw the Cuddesdon bus approaching after we had had lunch! It was quite tiring and yet I felt like my friend taught me a lot about the #natureofgod: #sacrificial (she probably had something much better to be doing today!) #caring (she thought to pack snacks and water in case we needed them) #encouraging (as we got on the bus, she was quick to focus on all that we had done) and #accepting (she didn’t tell me it was silly, but rather helped to make it happen). We are all #littleglimpsesofgod for one another, and I #thankgod for all that He showed of Himself through my friend. How have you #glimpsedgod today? 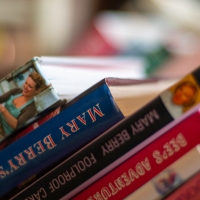