For a few months now, it is almost like there has been nothing to write…actually that has been far from true. There has been so much to write about, to comment on, to realise, to think through, and I have felt verbally paralysed, being unable to find the right words, find any words to express what has been going on and how I am processing it.

Following my return from Japan, I began to sense a difference, a change, in how I was encountering and developing within ministry and training in my curacy parish. In reality this had begun some time prior to going to Japan, so was not simply brought on by time away. It can be strange how time away sharpens the senses though. The change was, in part, about me, but it was also something I was beginning to sense in prayer. As I delved deeper into these feelings with others, it became clear that my training needs had changed somewhat, and could no longer be met in my current curacy. Over the course of an incredibly painful few weeks, it became apparent that I was to be pushed further out of my comfort zone, and that God was leading me to another opportunity.

Subsequently, it was announced in my diocese a few weeks ago that I am to transfer my curacy from the Parish of Stocking Farm and Beaumont Leys to the Holy Spirit Parish with the two churches of St Andrew and St Nicholas in Leicester city centre. In many ways this is a hugely exciting opportunity, and one that I never envisaged having. I have also been coming to terms with negative feelings around this completely unexpected part of the process though, and perhaps this is where the struggle for words comes. 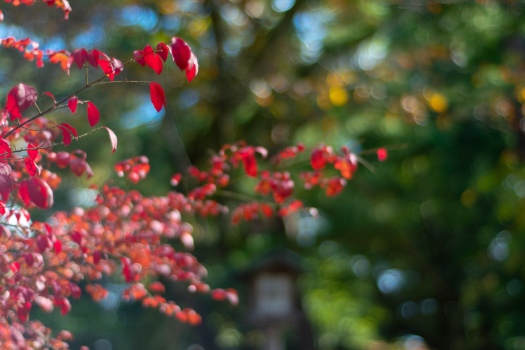 This change is not about my failure, and yet there is something about it that feels like a failure. People often refer to this situation as a curacy ‘breaking down’, and there is a lot of pain and stigma associated with that. I have come to realise how much I value the expectations and sentiments of others, particularly as some around me have expressed disappointment and sadness about my departure. One of the church wardens, as she delivered the announcement, said that her ‘heart was breaking’. I noticed a sense of guilt welling up inside; they have warmly welcomed me and I have been greatly blessed by them. Yet, I have failed them because I am not keeping my word – my parish expected me to be with them for three years; instead, I will leave them after a little over 18 months. How often do we make promises, in good faith, that we cannot keep? What words do we use to reassure people, to let them hear that which will offer comfort, without the foresight to truly know that we will be able to keep our word?

I am a huge fan of the film, The Invention of Lying which explores the power of words. People are unable to say something which is not true, until one individual finds himself doing just that by “saying something…that wasn’t” and baffling his friends when he tries to explain what happened. What would you not have said today if bound by this criteria, if you were unable to offer comfort or care by suggesting something that you believed, but could not be certain of? I was always encouraged not to lie as a child, and I have an aversion to those who lie to me. What about mistruths, though, that we convince ourselves are a kindness rather than an actual lie – how many of those get through our in-built lie detectors completely unnoticed?

So here I am, eagerly anticipating a new path, a different opportunity, whilst struggling with the guilt of failing those I leave behind…a guilt which may well not be mine to hold. I am beginning to wonder whether this guilt points to something of note: God can work powerfully through each of us when we allow that, perhaps it is our humanity which focuses on the emotion of such an encounter, and less on the encounter itself and what God may have been revealing within that. If you were to savour one sentence or phrase from a memorable encounter, what would it be? What is it about those words that draw you? Do they speak truth, do they comfort, or did they reveal something of the divine in a life-changing way?